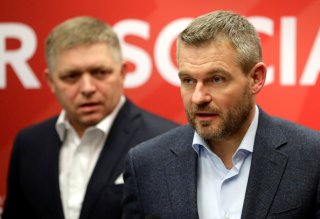 Politics and criminal justice don’t mix well. A case in point: Slovakia’s ongoing prosecution of its former prime minister, Robert Fico. Instead of holding the notoriously corrupt pro-Russian leader to account for his transgressions, the proceedings have both empowered and radicalized him at a pivotal moment for Central and Eastern Europe.

After the Slovak legislature’s refusal to place him in police custody at the request of the prosecutor’s office last Wednesday, Fico enjoys both a massive bully pulpit in parliament and on social media—and the martyrdom of a criminal prosecution. If his trial, moreover, does not result in a jail sentence, it seems almost inevitable that an embittered, radicalized version of Fico will emerge stronger as the country heads for a parliamentary election in early 2024.

Fico had to resign his office under public pressure after the murder of the journalist Ján Kuciak and his fiancée, Martina Kušnírová, in 2018. Four years later, he is being charged with criminal conspiracy—unrelated to the murder itself but involving contacts with some of the same actors.

Together with the then-interior minister, Robert Kaliňák—already in police custody—Fico is alleged to have pressured civil servants, particularly those from revenue authorities, into providing him with confidential information about their political opponents, including the country’s former president, Andrej Kiska. Such information, typically involving tax arrears or discrepancies in tax returns, was then leaked or released openly in Fico’s political campaigns aimed at discrediting or intimidating voices critical of the government.

Slovakia is not the only country in Europe where a leading political figure has faced criminal prosecution. In the 2000s, Italy’s former prime minister, Silvio Berlusconi, who has faced numerous criminal charges in his colorful political life, was sentenced and later acquitted on statute of limitations grounds of wiretapping and publicizing conversations between a number of prominent bankers protected by bank secrecy rules.

In the neighboring Czech Republic, former Prime Minister Andrej Babiš faces criminal charges over EU subsidy fraud, worth a little over $2 million. The oligarch-turned-populist transformed the ownership structure of his signature countryside resort, The Stork’s Nest, to make the project eligible for the EU’s financial support targeted at small and medium businesses—notwithstanding the fact that Babiš has been the largest private-sector employer in the Czech Republic.

Yet, the stakes in the Slovak case seem much higher. For one, it is not just about grift. Rather, prosecutors allege, there was not much daylight between Fico, top-ranking police and interior ministry officials, and oligarchs and mobsters friendly to his party, SMER. This all gives credence to the idea of Slovakia as a mafia state.

Second, relative to the expectations built by Fico’s opponents following the murders of Mr. Kuciak and Ms. Kušnírová, the criminal charges listed in the 105-page long indictment are somewhat abstract and complex to navigate. Together with a heavily process-oriented judiciary, it is very likely that any eventual sentence will be appealed on procedural grounds, leading to protracted legal proceedings.

If Fico walks away exonerated, his position will be strengthened still. Forced into resignation in 2018, the disgraced figure of a former prime minister was written off both by his opponents and political allies. In fact, SMER’s leading cadres left in 2020 to form Hlas (Voice), a new populist center-left party led by SMER’s former deputy leader Peter Pellegrini.

Yet, over the course of the pandemic, Fico orchestrated a political comeback of sorts by keeping a strong grip over his party and by poaching disaffected voters, including from the Neo-Nazi right. He brought SMER from single digits in the polls in the fall of 2020 very close to its earlier position as the country’s main catch-all party.

The narrow vote in parliament on Wednesday, in which the pro-Western, center-right governing coalition failed to deliver on one of its key campaign promises despite enjoying a comfortable majority of seats is a major challenge to a government that was formed ostensibly to fight the corruption of Fico’s years. It is also a testament to the former prime minister’s extraordinary ability, while in opposition, to peel off legislators away from their parties.

Out of power, Fico has grown more unhinged in his conspiracy-mongering and anti-EU and anti-American rhetoric. As prime minister, he grumbled occasionally about post-2014 sanctions on Russia, but Slovakia rarely opposed common positions at EU summits. And while Fico looked up to illiberal regimes to the north and south of Slovakia, he shied away from ruthless efforts at incumbent entrenchment, which also shielded him from international scrutiny.

In opposition, SMER’s outlook has hardened dramatically—particularly as a result of the departure of more moderate voices led by Pellegrini from the party. Earlier this year, Facebook banned SMER’s deputy leader Ľuboš Blaha from its platform for spreading hoaxes about COVID-19 vaccines and various hate-inciting content. In the wake of Russia’s invasion of Ukraine this year, SMER has taken explicitly pro-Kremlin positions, alleging genocide of Russian-speakers in Donbas and labeling those who had called for a strengthened forward presence of NATO in Slovakia as traitors. At the May 1 rally in the town of Nitra, a video reveals he and the party’s leadership is urging the crowds to shout that Zuzana Čaputová, the country’s pro-Western president (and a former anti-corruption activist) was an “American wh*re.”

When you strike at a king, Ralph Waldo Emerson famously said, you must kill him. If Fico’s prosecution fails, not only will his position among SMER’s supporters be strengthened but the outcome will exacerbate the sense of nihilism among those who disliked the corrupt practices of his era. That would set the stage for his return in 2024, or possibly sooner, as a leader of an openly pro-Russian, anti-Western, nostalgist political coalition that would make Viktor Orbán and his ilk pale in comparison.

Dalibor Rohac is a senior fellow at the American Enterprise Institute in Washington DC. Twitter: @DaliborRohac.