Smartphone Shipments Expected to Drop Amid Inflation, War, and Lockdowns 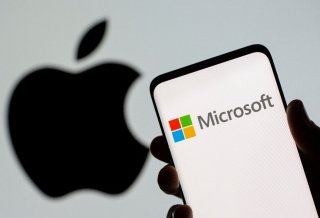 While 1.3 billion smartphones are shipping worldwide this year, that represents a drop of 3.5 percent, according to the latest IDC Worldwide Quarterly Mobile Phone Tracker.

IDC has reduced its forecast for 2022 from a previous projection of 1.6 percent growth, the research firm announced in a press release. The firm does still predict a five-year compound annual growth rate (CAGR) of 1.9 percent through 2026.

"The smartphone industry is facing increasing headwinds from many fronts – weakening demand, inflation, continued geo-political tensions, and ongoing supply chain constraints. However, the impact of the China lockdowns – which have no clear end in sight – are far greater," Nabila Popal, research director with IDC’s Worldwide Mobility and Consumer Device Trackers, said in the release.

“The lockdowns hit global demand and supply simultaneously by reducing demand in the largest market globally and tightening the bottleneck to an already challenged supply chain. As a result, many OEMs cut back orders for this year, including Apple and Samsung.”

However, IDC believes Apple is generally insulated from the industry’s troubles.

“Apple appears to be the least impacted vendor due to greater control over its supply chain and because the majority of its customers in the high-priced segment are less influenced by macroeconomic issues like inflation. Barring any new setbacks, we expect these challenges to ease by the end of this year and the market to recover in 2023 with 5% growth.”

Another survey this week, from Counterpoint Research, forecast a similar decline in the global smartphone market. That firm predicted a 3 percent worldwide decline in smartphones this year. Counterpoint also projected 1.36 billion units shipping this year, compared to 1.39 billion in 2021. The shipment number in 2019, the last pre-pandemic year, was 1.48 billion, according to the Counterpoint Market Outlook 2022-2026.

“For the long term, we continue to expect a steady migration from feature phones to smartphones and 3G/4G to 5G smartphones. As efforts to spread low- and mid-priced 5G devices continue, the global market for 5G devices is expected to show healthy growth and act as a significant driver of the overall smartphone market,” Peter Richardson, Vice President at Counterpoint Research, predicted in a release this week. “Operators are actively promoting 5G, and the incentives are sufficient in many markets to cause consumers to switch to the new technology. However, the recent global inflation trends are hitting the consumer demand and smartphone BoM costs, acting as a risk for the 2022 smartphone market.”