Smartphones: The Cause of Sleep Deprivation Among Teens? 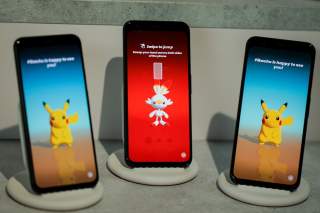 Something is stealing teens’ sleep.

What could have raised sleep deprivation among teens to such unprecedented levels? Some factors are easy to rule out. For example, we found that the amount of time teens spent working, doing homework and participating in extracurricular activities held steady during those years.

But there was one large change in teens’ lives between 2012 and 2015: More owned smartphones.

It starts as an alarm clock…

Today’s teens – whom I call “iGen” – are the first generation to spend their entire adolescence with smartphones.

Time spent online, however, was the one teen activity that both increased during the 2010s and was linked to shorter sleep, making it the most likely cause of teen sleep deprivation. Seventeen- and 18-year-olds – who spend more time online than younger teens – were also the most sleep-deprived: The majority, 51 percent, slept less than seven hours on most nights by 2015.

Smartphones – which the majority of Americans owned by the end of 2012 – allow mobile and instant internet access. It’s difficult to prove what causes what in an analysis like this, but it seems much more likely that teens’ increased smartphone use between 2012 and 2015 led to less sleep than less sleep leading to more smartphone use.

Why might smartphones cause teens to sleep less? Unlike other electronic devices such as TVs and desktop computers, smartphones (and tablets) are easily carried into the bedroom and held by hand in bed.

Most of the students I interviewed for my book “iGen” told me they kept their phones within reach as they slept, in part, because they all used it as their alarm clock.

Many also told me that their smartphones were the last thing they looked at before they went to sleep at night. That’s a problem, because answering texts and scrolling through social media is mentally and emotionally stimulating, which leads to disturbed sleep. Others told me that they also regularly reached for their phones, often just out of habit, when they woke up in the middle of the night.

There’s a physiological response as well: The blue light emitted by smartphones and tablets simulates daylight, inhibiting the brain’s production of melatonin, the hormone that helps us fall asleep and stay asleep.

And that’s if teens try to go to sleep at all.

A 2014 study found that 80 percent of teens admitted to using their phones when they were supposed to be sleeping – a practice some call “vamping.” Some said they stayed up most of the night when their parents thought they were asleep.

Sleep deprivation can have serious consequences for teens.

Those who don’t sleep enough perform more poorly in school and are at greater risk of developing obesity. Sleep deprivation is also linked to mental health issues including depression and anxiety among both teens and adults.

When conducting research for my book, I found that iGen teens are more likely to be depressed and anxious than previous generations. If smartphones cause teens to sleep less, and less sleep leads to depression, sleep deprivation might explain why teen depression increased sharply after 2012 – exactly when smartphones became common, and exactly when sleep deprivation began to increase among teens.

What can be done? Later start times at high schools have significant positive impacts on teen sleep, but school start times aren’t something parents and teens can control.

In contrast, limiting smartphone use before bed is a strategy that can be immediately implemented (ideally for the whole family, adults included). A “no phones in the bedroom after bedtime” rule can work. If your family uses phones as alarm clocks, buy inexpensive alarm clocks. Put an app on phones that shuts them down during certain hours, or leave phones and tablets in another room overnight. Suggest reading a book, taking a bath or writing in a journal in the hour before bed.

Your teens will probably get some more sleep – and they might find themselves healthier and happier as well.