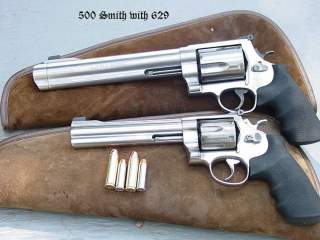 Key Point: The Smith & Wesson 500 is the definition of overkill, which makes it unsuitable for home defense.