The Sniper: The Weapon of War That No One Wanted 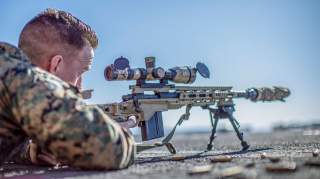 Snipers play a key role in the world’s armies. They’re excellent scouts and can target commanders on the opposing side with an outsize impact. Working by themselves, they can pin down a group, creating fear and confusion.

Thanks to movies such as Enemy at the Gates and American Sniper the specialty marksman is having a pop culture moment. People love watching snipers work in films, and they love picking up a sniper rifle in video games.

But expert marksmen weren’t always so beloved. There was a time during the early part of the 20th century when a soldier caught sniping would face execution instead of capture. So what changed?

This week on War College we talk to Ian McCollum of Forgotten Weapons about the history of the sniper and how the position has gone from reviled to celebrated. Listen here.

This article originally appeared at War is Boring in 2016.