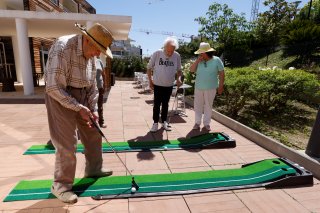 The Social Security Administration announced in September that the main trust fund that supports Social Security would be depleted by 2033, a year earlier than previously thought. That means that unless Congress does something to fix the formula, benefits will be cut for beneficiaries beginning in 2034.

It’s unclear how lawmakers will fix the problem. Some Democrats in Congress have introduced a plan called Social Security 2100, which would aim to put the program on a better financial ground, but that legislation faces an uncertain future.

The announcement has left some current and future Social Security recipients nervous about whether their expected benefits will be there for them.

Sandra Block, a senior editor at Kiplinger, noted that those with a choice should still wait to collect their benefits. She interviewed Laurence Kotlikoff, a Boston University economist and author of Money Magic: An Economist’s Secrets to More Money, Less Risk, and a Better Life on the topic. Kotlikoff gave advice aimed at those who plan to retire when they are sixty-two years old rather than wait until they’re older because they’re afraid that the program will run out of money.

“I have run through our software a benefit cut starting in 2031, and you still see a very major gain from waiting to collect,” he told Block. “But I don’t see the politicians cutting benefits directly. I think they’re going to raise taxes on the rich. Congress could also use general revenue to finance Social Security, or they could partially index benefits for the rich. Historically, they phase in changes, so anybody who is close to retirement is quite safe—and by close I mean 55 and older.”

This action would be akin to political suicide for those members of Congress who allow Social Security, an extremely popular program that Americans have been depending on since the 1940s, to no longer remain solvent.

Additionally, Kotlikoff gave his thoughts on those people who fear that if they wait until age seventy to begin collecting Social Security, then they’ll die before they’re able to take advantage of the economic assistance.

“They’re ignoring longevity risk,” he wrote in response. “If you’re 98 and collecting a Social Security check that’s 76% higher and adjusted for inflation, that’s where you want to be. A lot of people will live that long. If you buy home insurance and your house doesn’t burn down, are you shortchanged because you paid the premium? You’re protecting yourself against catastrophic events. Financially, the catastrophic event is living to 100.”