Some Small Packages Under The Defense Authorization Bill Christmas Tree 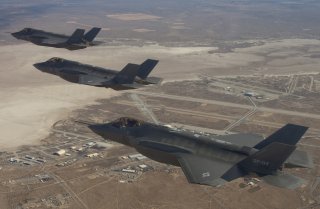 Save the best for last? Not the 116th Congress. Its lawmakers have apparently been saving the longest for last: the annual defense authorization bill.

The bill has been growing consistently in size and scope since its inception sixty years ago. The first one in 1962 was under one page. But the fiscal year 2021 bill is set to establish new records at over four thousand pages.

As congressional staffers who briefed reporters noted that “the bill gets longer each year as it increasingly becomes one of the only major pieces of legislation to move through a divided Congress.”

Because of the ponderousness of the bill, there are usually some great provisions that are likely to get lost in the shuffle.

One really good and overlooked item in the just-released conference version of the bill is the request for comparative studies of the Chinese and Russian defense budgets.

Both nations are obscure in reporting their defense expenditures and fall well short of the standard set by the United States and the United Nations. These new required studies will shed light on how our adversaries’ militaries are organized and their relative economic burden.

Comparing defense budgets is challenging even when dealing with transparent societies. But when it comes to assessing opaque societies like China and Russia, the task becomes even harder. However, if the United States is serious about competing, it needs to have a better understanding of its adversaries and their military expenditures is an under-appreciated aspect of that equation.

Another small package under the defense authorization Christmas tree are the reforms on how the Department manages congressional reports and the interest in improving its budget justification books.

Every defense authorization bill contains dozens, sometimes hundreds of requirements for new defense reports, on topics ranging from our nuclear infrastructure to military real estate. From Congress’s perspective, these reports are requested and they eventually show up in the mail or email. There is no tracking mechanism for Congress to understand what part of the Pentagon is working on the issue, where the report is, or even if there are other reports being carried out by the same office in the Pentagon.

The bill aims to improve the system and adds transparency, making it easier both on the Pentagon and on congressional staffers.

By the same token, the bill also requires the Department of Defense to publish its legislative proposals online within twenty-one days of the transmission to Congress. This will provide a better understanding of legislative questions that the Pentagon believes would make their job easier.

An additional push for transparency is on the justification books. Every year the Pentagon publishes thousands of pages of documents and tables explaining their programs to Congress and the American people.

Over time these have become quite cumbersome and outdated. For instance, if a congressional staffer wants to try to understand how the F-35 stealth fighter program is working, then that person needs to consult multiple tables that do not communicate with one another and need to be manually transcribed to be manipulated.

The bill calls for the Pentagon to bring forth ideas on how to change it. Since this idea has the potential to fundamentally improve the relationship between the branches, it should be embraced with open arms.

One last underrated element of the defense authorization bill is the re-establishment of the position of assistant secretary of defense for energy, installations, and environment.

This position is best suited to modernize and advocate for a new round of base realignment and closures that is long-delayed and highly necessary. This assistant secretary can serve as the focal point for renewed calls for rationalizing the Pentagon’s infrastructure and for improving its real estate management to meet the needs of the National Defense Strategy.

The ever-increasing National Defense Authorization Act might be analogous to a Christmas tree with all the possible ornaments and stockings around it. Some of these ornaments are really valuable and worth highlighting.