Sony's OLED TVs Are Amazing (But Can They Beat Samsung or LG?) 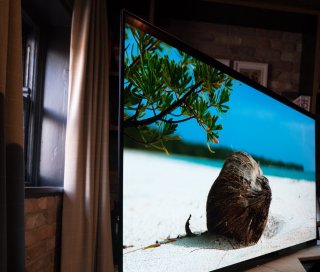 With its vaunted 2020 OLED TV lineup, Sony is looking to topple the much-heralded products manufactured by Korean giants Samsung and LG. While LG also has a formidable OLED TV rotation, Samsung is more well-known for its QLED offerings.

According to insiders, Sony is almost certainly using the same OLED panels as LG, so the company must drive forward the point that its image processing and sound technology are much better than its rivals. But can it really succeed in doing this?

It will surely be difficult, but a quick gander at Sony’s 2020 offerings indeed give the Japanese company a fighting chance.

The internals of Sony’s flagship TVs this particular year hasn’t changed much from the year prior, as it still utilizes the same X1 Ultimate processor. One new feature, however, is the Ambient Optimization, which Sony defines as “a new technology that optimizes picture and sound quality in any customer environment.” Depending on the amount of ambient light in your room, this tech will enable TVs to automatically adjust the picture quality. This will in theory cut down on any glare and bring more life to dim images.

Sony’s A8H 4K OLED (available in 55, 65 inches) is considered one of the leaders in the 2020 lineup. Its OLED panel will help ensure deep blacks and amazing brightness control. Not to mention, for the first time, this year's OLED also gets Sony's X-Motion Clarity technology, which will surely help smooth out fast-moving action scenes.

Another model that should make waves is Sony’s A9G 4K OLED -- flaunting its first 48-inch OLED display. Other tech behemoths like LG are in the midst of doing likewise for their own TV offerings, but regardless, Sony will still be one of the first companies in the world to have this particular model available for consumers.

You can’t talk about Sony and the year 2020 without mentioning the next-generation PlayStation 5 console. The company has taken keen steps to make sure that at least several of its sets will flawlessly work with the console’s advanced capabilities. For one, Z8H’s panel will be able to display 8K gaming and support 4K play at 120Hz frame rates, while the X900H 4K LED will be able to perform the latter.