Sorry, AOC and Bernie Sanders: Scandinavia Is No Socialist Paradise 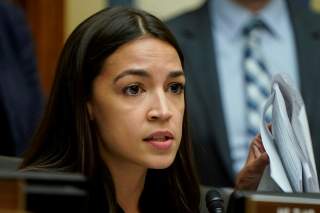 Liberals like Sen. Bernie Sanders, I-Vt., and Rep. Alexandria Ocasio-Cortez, D-N.Y., frequently hold up Scandinavian countries as successful experiments in “democratic socialism.” A historian and native Swede, however, is speaking out against their failure to observe the clear capitalistic traits of Scandinavian markets.

“Whatever you think about Sweden and what we did, you have to realize that we had a great society first,” Johan Norberg, a Swedish historian, filmmaker, and Cato Institute senior fellow, said in a recent lecture titled “No, Bernie! Scandinavia Is Not Socialist!”

“We were incredibly wealthy, we trusted each other socially, there was a decent life for everybody. That’s what made it possible to experiment with socialism; then it began to undermine many of those preconditions,” Norberg said during the June 20 event hosted by The Fund for American Studies and the office of Sen. Rand Paul, R-Ky.

“That’s the one thing that it’s important for people to get, because if they just look at Sweden and think, ‘Oh look, they’re socialist and seem to be doing quite all right,’ then they’ve sort of missed the point,” Norberg added.

It appears both Sanders and Ocasio-Cortez have missed the point, according to the historian.

In April, Sanders explained his views on democratic socialism to an audience gathered in Burlington, Iowa:

I think that countries like Denmark and Sweden do very well. I think it depends on what we mean by socialism. If we mean socialism is what the old Soviet Union was, that’s not my thing. If you think of socialism as what China is, that’s not my view. My view is that you have an economy in which you have wealth being created by the private sector, but you have a fair distribution of that wealth, and you make sure the most vulnerable people in this country are doing well.

Earlier this year, Ocasio-Cortez said in a “60 Minutes” interview that her policies “most closely resemble what we see in the U.K., in Norway, in Finland, in Sweden.”

“Ocasio-Cortez pointed out that in a progressive tax rate system, not all income for a high earner is taxed at such a high rate,” Politico reported. “Rather, rates increase on each additional level of income, with dramatic increases on especially high earnings, such as $10 million.”

However, the Constitutional Rights Foundation explains how the Swedish government places its heaviest taxes on the middle and lower classes, and all of the benefits they have such as universal health care and government-sponsored college education comes from steep taxes. Norberg pointed to the same data in his speech.

According to a Tax Foundation report, “Scandinavian income taxes raise a lot of revenue because they are actually rather flat. In other words, they tax most people at these high rates, not just high-income taxpayers.”

A report published June 24 from J.P. Morgan highlights the misconception of Nordic countries as socialist, which the prime minister of Denmark at the time took issue with:

Some point to Nordic countries as democratic socialism in action, but some Nordic countries object to this, such as Danish Prime Minister [Lars Lokke] Rasmussen: ‘Some in the U.S. associate the Nordic model with some sort of socialism. Therefore, I would like to make one thing clear. Denmark is far from a socialist planned economy.’

“The bottom line: Copy the Nordic model if you like, but understand that it entails a lot of capitalism and pro-business policies, a lot of taxation on middle-class spending and wages, minimal reliance on corporate taxation, and plenty of co-pays and deductibles in its health care system,” the J.P. Morgan report adds.