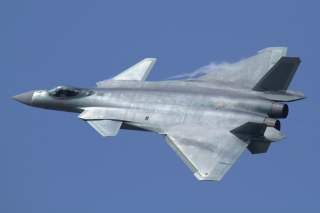 Key Point: An engine that can handle these functions is essential for fifth-generation aircraft.

Zachary Keck (@ZacharyKeck) is a former managing editor of The National Interest. This piece was originally featured in February 2018 and is being republished due to reader's interest.