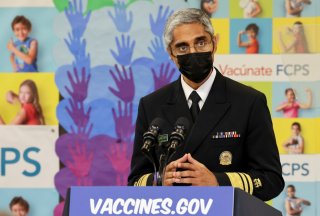 South African doctors have attributed the nation’s quick recovery to its vaccination rate and widespread “natural immunity” from exposure to Omicron. With more than 25 percent of the population vaccinated, South Africa has one of the highest vaccination rates in sub-Saharan Africa. In addition, many South Africans have gained resistance to the virus after being infected with the less dangerous Omicron variant. According to South Africa’s COVID-19 database, less than 5 percent of South Africa’s coronavirus deaths have been associated with Omicron, although the variant was only identified two months ago.

When asked if Omicron represented the last major wave of the pandemic, Dr. Anthony Fauci, President Joe Biden’s chief medical adviser, said that he “would hope that that’s the case.”

“But that would only be the case if we don’t get another variant that eludes the immune response of the prior variant,” Fauci added.

U.S. surgeon general Vivek Murthy also noted while cases of the variant have started to slow down in some areas of the country, they have continued to rise in others.

“We shouldn’t expect a national peak in the next coming days,” Murthy warned in an interview with CNN.

Positive signs have emerged in other countries as well. The United Kingdom saw a substantial increase in coronavirus cases due to Omicron over the holiday break, resulting in an emergency declaration in London. However, while cases of the virus sharply increased in December, deaths did not, leading some British scientists to express hope that the virus might become endemic—remaining in circulation but not representing a significant health emergency—rather than epidemic.

“We’re almost there,” Professor Julian Hiscox of the University of Liverpool told BBC News on Tuesday. “It is now the beginning of the end, at least in the UK.”

“Should a new variant or old variant come along, for most of us, like any other common cold … we’ll get the sniffles and a bit of a headache and then we’re okay,” Hiscox said.