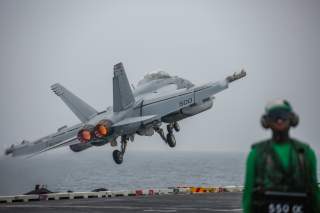 Key point (This article appeared several years ago and is being reposted due to reader interest): It would be a mistake to assume that the Chinese will certainly mimic Soviet responses to American FoN operations.

The “sail by” of USS Lassen within the 12 nautical mile claim line of the new Chinese facilities on Subi reef in the South China Sea occurred without major incident last week. Despite some fiery Chinese rhetoric, war has not broken out and that is a profoundly good thing. Actually, nothing much has changed at all, so it seems. The tense stalemate persists as before. China will continue to build up its new “bases” in and among the Spratly islets. The U.S. will continue to patrol regularly and exercise with its alliance partners. Perhaps, as Xi Jinping said not so long ago, the Pacific Ocean really is big enough to accommodate the interests of both China and the U.S.?