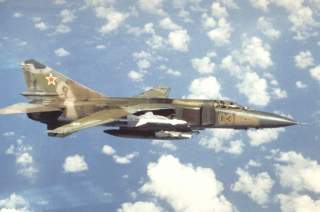 Key point: America's best source for review copies of Soviet weapons was Israel, which collected a vast arsenal of Russian weaponry courtesy of the Arab armies in 1967, 1973 and 1982