Space Secrets: Why America Is so Quiet About Its X-37B Drone 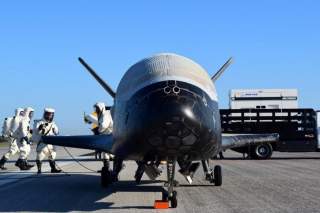 Key point: The Pentagon is following the rule of "keep it secret, keep it safe." But here's what can be found out about the classified spacecraft.

This first appeared earlier in August 2019 and is being reposted due to reader interest.

David Axe serves as Defense Editor of the National Interest. He is the author of the graphic novels  War Fix, War Is Boring and Machete Squad. This first appeared earlier in August 2019 and is being reposted due to reader interest.