The Springfield M1A Rifle Is A True Classic Weapon Of War 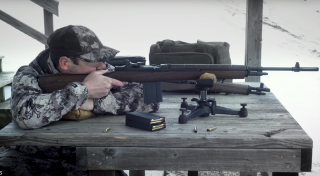