Sprint and T-Mobile Are Merging: A Good Idea? What Does This Mean for 5G? 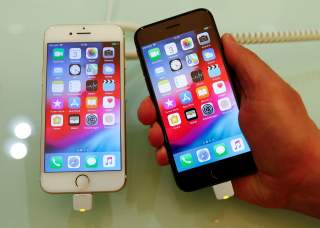 The long, winding, and sometimes bizarre saga of the merger between Sprint and T-Mobile began drawing to a close on Friday, as the Justice Department approved the transaction subject to significant conditions. The settlement resolves the government’s competitive concerns by facilitating the entry of a new player into the facilities-based wireless marketplace. While the antitrust suit brought by thirteen state attorneys general remains a potential obstacle, Friday’s settlement significantly increased the likelihood that Sprint has finally found its white knight —and in the process may have breathed new life into a second flailing telecom provider.

The complex settlement involved Dish Network, a maverick pay television company that had heretofore opposed the merger. Like its peers, Dish has suffered significant declines for years in its core satellite business, falling from 14 million subscribers in 2014 to less than 10 million today. Its visionary chairman, Charlie Ergen, has hatched several plans over the years for the company to break out of its death spiral, including stockpiling spectrum and exploring mergers with LightSquared, DirecTV, Sprint, and T-Mobile. But the company never quite figured out how to realize its ambitions.

Now Dish may finally have the opening it needs to break into the wireless business. Under the settlement Dish will pay $5 billion to acquire Sprint’s 9.3 million prepaid wireless customers and Sprint’s 800 Mhz spectrum. T-Mobile will allow Dish to use its network for the next seven years as Dish combines this spectrum with its own assets to build a 5G network. The agreement comes just in the nick of time for Dish, which was facing a March 2020 deadline to deploy a wireless network or risk forfeiting billions of dollars of spectrum holdings to the Federal Communications Commission. Dish has now committed to deploying a 5G network that serves 70 percent of Americans by 2023 and seeks to modify its licenses accordingly. It’s a promise with bite: if Dish fails to meet this commitment, it must pay the government a $2.2 billion penalty.

For DOJ Antitrust Division Chief Makan Delrahim, the difficulty with the Sprint T-Mobile merger has always been the prospect of reducing the number of wireless competitors from 4 to 3. The companies have long argued that the merger increases competition by giving them the scale needed to compete effectively against market leaders Verizon and AT&T. The settlement allows them to pursue this strategy while introducing a new competitor into the wireless marketplace (thus preserving four facilities-based competitors) and unlocking billions of dollars in spectrum licenses that Dish was otherwise unlikely to deploy.

Will it work? Will Dish be a successful new entrant? As with all attempts to predict the future, the answer must be “it’s unclear.” Wireless telephony is a scale-driven business, and many doubt that Dish has a viable path forward against three larger incumbents. On the other hand, 5G networks hold the promise of supporting disruptive new business models that rely on innovation rather than scale to build market share. Cable companies are beginning to explore ways that wireless access can be paired with other services to offer a differentiated product offering, and Dish may find success with similar experimentation.

Those interested in sharing their thoughts will have a chance to make their voices heard. The Tunney Act requires the Justice Department to clear its approval with the courts, to assure the settlement is in the public interest. To comply, the government filed a complaint on Friday in DC federal court outlining its concerns with the deal as proposed, and seeking judicial approval of its settlement to address those concerns. The Act created a 60-day window for the public to file comments on the merger before the court decides whether to approve the settlement.

And, of course, this is not the only court reviewing the transaction. The antitrust suit filed by California, New York, and other states remains pending. The current October 7 trial date is likely to be postponed, as the plaintiffs must file an amended complaint to explain why the deal remains anticompetitive even after the DOJ settlement. Thus far, T-Mobile has committed to not closing the deal before the litigation terminates. But if re-filing pushes the trial too far into the future, it may choose not to wait, and instead force the plaintiffs to seek a preliminary injunction.

It remains unclear what effect the Justice Department’s approval will have on the state case. Of course, the court will ultimately decide whether the plaintiffs have met their burden under the Clayton Act. But as I noted previously, it’s rare for states to oppose a deal that the federal government has approved. Admittedly, the states and the federal government have different perspectives. This is one reason why antitrust law allows states to sue: a deal may be good for the country as a whole yet have anticompetitive effects in, for example, California, and the state should be able to seek redress for its unique injuries. But here, the case turns not on local effects, but a disagreement between the Justice Department and the state attorneys general about the merger’s overall competitive effect. In that case, it seems that the views of the Justice Department, the country’s antitrust expert, and the approval of the DC federal court should be at least persuasive.

Friday’s Justice Department approval does not mark the end of the merger process. But it may signal the beginning of the end — and at the same time could provide a new beginning for both Sprint and Dish Network, giving them a greater chance to participate meaningfully in the 5G revolution.

Daniel Lyons is a visiting fellow at the American Enterprise Institute, where he focuses on telecommunications and internet regulation. He is also a professor at Boston College Law School, where he teaches telecommunications, administrative, and cyber law, among other courses.