Spyplane Smasher: This Plane Was Built to Kill America's SR-71 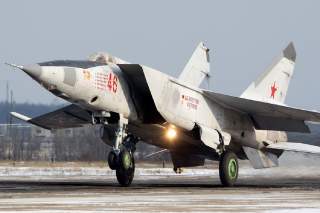