SR-71 Blackbird: The Fastest Plane in the World (Sitting in a Museum) 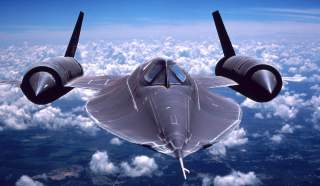 Key Point: Despite its speed and futuristic design, the small fleet was too expensive to keep in operation.