Stabilizing a Divided World: A Path Forward for U.S.-China Relations 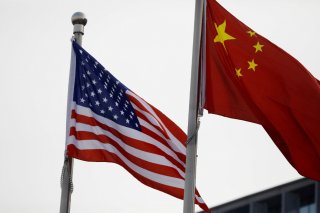 My father enlisted in the Air Force during the iciest stretch of the Cold War—1958. During this period, the world lived in constant fear, and the possibility of nuclear war colored every geopolitical decision. I remember as a child hearing about the “duck and cover drills” in school to prepare for the possibility of a nuclear attack. Recalling this dark chapter in our history makes it clear that we must do everything we can to avoid a new cold war—this time one between the United States and China.

Since the Cold War ended, the world has been enjoying the relative peace of a unipolar world—one where the United States has enforced a rules-based international order. The rise of China, however, has threatened this unipolar peace. We are being pulled back into a bipolar system, where the entire world is forced to choose between two opposing sides. If this happens, it would be a grave mistake, throwing our entire international order into chaos, and utterly exhausting the resources of many nations. The best thing we can do for America’s stability and the world is to foster a multipolar global order and invite China into a new rules-based international order developed by this new multipolarity of nations.

We must avoid creating another bipolar system and getting trapped by what I call the “cycle of polarity.” The polarity cycle occurs when, after a long war, the exhausted adversaries seek peace through treaties and negotiations. For a time, these treaties keep the peace. Adapting Henry Kissinger’s definition, I call the reliance on treaties alone the “Legitimacy Phase.” Yet inevitably, the parties move into the “Balance of Power Phase,” where nations begin relying on their strength to keep the peace more than the treaties. This shift eventually leads to an arms race.

The arms race stretches nations financially, so they begin seeking military alliances. The “Alliance Phase” begins the transition from a multipolar to a bipolar international order, and it is this bipolar system that precipitates war and begins the cycle all over again.

Through my study of history beginning as a cadet at West Point, I have found that bipolar systems consistently lead to war while multipolar systems lead to stability. From the War of Spanish Succession to the Cold War, alignment into a bipolar world structure led to disaster. While some specialists in international relations suggest the bipolarity of the Cold War prevented nuclear war and showed that structure to be the best, academics should bite their tongue instead of telling a Vietnam veteran or a Korean War veteran his war was a cold one.

A standoff between China and the United States would be significantly worse than the bipolarity with the USSR. The United States and China have completely intertwined supply chains, and conflict between the two countries could be devastating for critical sectors of our economy, like the medical and auto industries.

By all signs, China is in the “Balance of Power” and the “Alliance” phase as it simultaneously strengthens its military and attempts to woo traditional U.S. partners with its Belt and Road Initiative. The United States can respond in kind or we can seek a new path forward. If the United States wishes to avoid the dangers of a bipolar world, we must develop a new strategy for addressing the rise of China.

It is clear that China is becoming increasingly aggressive on the world stage. The Chinese have waged numerous cyberattacks against U.S. critical infrastructure and have stolen the intellectual property of American companies. China is targeting numerous regions with its debt-trap diplomacy, becoming more and more aggressive in the East and South China Seas, and are committing genocide against its own minority Muslim population. These provocations combined with China’s intention of re-creating the international order into its own image is a threat to freedom everywhere.

In 1972, tensions between the United States and China had reached a similar boiling point. The Korean War had only ended two decades before and the United States strongly disapproved of the human rights abuses that took place during the Cultural Revolution. Despite their heightened disagreements, President Richard Nixon decided to meet with Chairman Mao Zedong, and out of that meeting came the Shanghai Communique. This document was an honest articulation of the differences between our two countries, and it listed areas where we could agree and work together, despite these differences. What made this agreement possible was that the United States and China united around a common threat—the Soviet Union.

Today, we need a new Shanghai agreement where we are once again honest about our disagreements and absolute positions. This of course will require the Chinese government to be honest, which could be a hurdle in and of itself. Once everything is laid out on the table, we can move forward and find areas that we can work together on—whether that be as specific as global public health or protecting the environment, or as expansive as defining a new rules-based international order in which China has some say. Focusing China and the United States on a common goal worked in the past. It is our best hope for the future to avoid a new Cold War.

In a March 2021 article in Foreign Affairs, Richard Haass and Charles Kupchan advanced the argument for a new “Concert” of powers patterned after the Concert of Europe, which managed the post-Napoleonic period. The goal was to create a cooperative of nations to prevent the alignment of powers, bipolarity, and a new catastrophic war. Haass and Kupchan assume multipolarity exists today. While I disagree with that assumption, this concert could work to create and sustain a real multipolarity.

For the sake of the entire international order, our best chance for peace and stability is a multipolar system. Whatever mechanism, be it Haass’ concert or some other mechanism, the United States must do everything it can to foster such a system and to resist entering into a bipolar standoff with China, which could be devastating to both countries. This process should begin with a new Shanghai agreement that clearly defines each nation’s positions and intentions.

Congressman Mark Green is a physician and combat veteran of Afghanistan and Iraq. He served on the mission to capture Saddam Hussein, and he interviewed Saddam Hussein for six hours on the night of his capture. He serves on the House Armed Services and Foreign Affairs Committees.