The Stealth Fighter the Air Force Said 'No' To: Why the YF-23 Still Matters 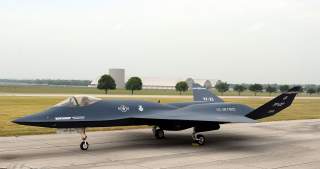 The prototype stealth fighter that lost out to Lockheed Martin’s YF-22 in the U.S. Air Force’s 1991 Advanced Tactical Fighter competition in recent years has gained a cult following.