Stealth at Sea: China's J-20 Is Coming to Its Carriers 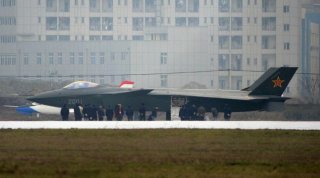 Key point: These new J-20s will likely act similar to America's old F-14s. They will fire air-to-air missiles at long-range targets and help the fleet become a modern naval force.