Stealth versus Brawn: Who Would Win a Brutal Showdown Between America's Zumwalt and Russia's Kirov? 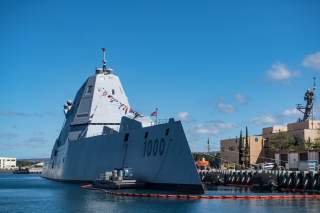 Key Point: Given the atrophying of the Navy’s anti-surface capability and the land wars of the early twenty-first century, it’s no surprise Zumwalt is deficient in is the anti-ship mission.

This article first appeared in July 2016. It is being reprinted due to reader interest.