Stealth vs. Missiles: Who Wins When Russia's S-400 Takes On America's New B-21 Raider? 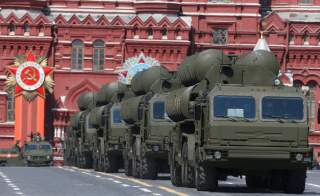 Key point: The new aircraft will be designed to have global reach, in part by incorporating a large arsenal of long-range weapons.

Kris Osborn previously served at the Pentagon as a Highly Qualified Expert with the Office of the Assistant Secretary of the Army - Acquisition, Logistics & Technology. Osborn has also been an anchor and on-air military analyst for national TV networks. This first appeared in 2018.