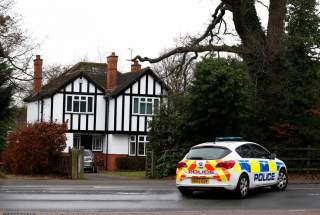 The unverified Steele dossier played a “central and essential role” in the FBI’s decision to apply for surveillance warrants against Trump campaign aide Carter Page, according to the Justice Department inspector general, whose findings undercut a key claim made by Democrats who have defended the bureau’s investigation of the Trump campaign.

“We determined that the Crossfire Hurricane team’s receipt of Steele’s election reporting on September 19, 2016 played a central and essential role in the FBI’s and Department’s decision to seek the [Foreign Intelligence Surveillance Act] order,” the Justice Department’s inspector general (IG) said in the report.

The report stated that FBI investigators working on the Trump-Russia investigation sought a Foreign Intelligence Surveillance Act (FISA) order against Page in August 2016, shortly after the probe began.

Lawyers with the FBI’s office of general counsel rejected the proposal, saying more information was needed to support claims that Page was acting as an agent of Russia.

But the tide turned after Sept. 19, 2016, the day that former British spy Christopher Steele provided six memos from his now-infamous dossier to the FBI. After receiving the reports, the FBI’s Crossfire Hurricane team contacted the bureau’s lawyers again seeking a FISA order against Page.

Two days later, the unit chief of the FBI’s office of general counsel contacted the Justice Department’s national security division to say that the bureau was prepared to formally submit a FISA application against Page.

An attorney was assigned “almost immediately” to begin preparing the application, the IG report stated.

Not only did Michael Horowitz, the IG, find that the FBI relied heavily on the Steele dossier, the watchdog also discovered “significant questions about the reliability” of Steele’s information.

In his dossier, Steele alleged that Page was part of a “well-developed conspiracy of cooperation” involving the Trump campaign and Russian government.

Steele, who was working for Democrats, alleged it was Page’s idea to release hacked DNC emails through WikiLeaks. The former spy also asserted that Page met secretly with two Kremlin insiders in Moscow in July 2016 to discuss ways to help the Trump campaign, while relaxing U.S. sanctions against Russia.

The special counsel’s report all but debunked those allegations. Robert Mueller, the special counsel, said there was no evidence that Trump associates conspired with Russia or that any worked as Russian agents.