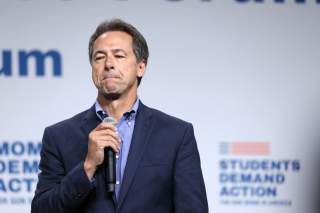 Bullock, a two-term Montana governor, joined the already-crowded Democratic field in May and was able to qualify for the second debate in July. He failed to gain traction in the race and fell short of the polling and fundraising requirements for the other Democratic debates.

“Today, I announced that I’m suspending my campaign for President,” according to a statement Bullock posted on Medium. “While there were many obstacles we could not have anticipated when entering into this race, it has become clear that in this moment, I won’t be able to break through to the top tier of this still-crowded field of candidates.”

Thank you for your belief, your trust, and your support. Read my full statement here: https://t.co/eWuRmOqjlT

“I entered this race as a voice to win back the places we lost, bridge divides and rid our system of the corrupting influence of Dark Money,” the statement continued. “While the concerns that propelled me to enter in the first place have not changed, I leave this race filled with gratitude and optimism, inspired and energized by the good people I’ve had the privilege of meeting over the course of the campaign.”

Bullock, 53, will not run for a Montana Senate seat in 2020, Bullock’s communications director Galia Slayen said, according to NBC News. With one year left in his term as governor, it is uncertain what Bullock has planned for his future in politics.

The Montana governor is the second Democrat to drop out of the race in as many days. Former Democratic Pennsylvania Rep. Joe Sestak ended his presidential bid Sunday. His campaign also failed to gain traction after announcing his run for president in June.