Stimulus Scenario: Unemployment Checks Could Exceed Paychecks for Half of the Unemployed 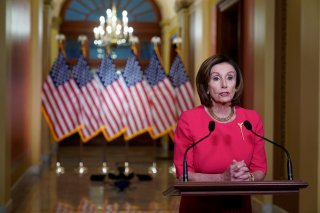 On Monday, I summarized the unprecedented expansion in unemployment benefits included in the massive “stimulus 3” legislation, which the Senate passed last night and now moves to the House. Among many other policies, the legislation expands, extends, and increases unemployment benefit payments in numerous ways, including by adding $600 to weekly unemployment insurance (UI) checks over the next four months. Citing recent average UI benefit levels and wages, I noted that “for the average UI recipient across the country the $600 add-on would have raised their total UI benefit (including both their regular UI benefit plus the $600 federal add-on) to slightly above their prior wage.”

In effect, the flat $600 add-on means many unemployed Americans will receive bigger unemployment checks than their prior paychecks, as well as their likely future paychecks when they return to work. That creates a financial incentive to delay returns to work, which will also delay the recovery.

That fact became a major sticking point as the Senate was preparing to vote on the stimulus plan.  Sen. Ben Sasse (R-NE) offered an amendment designed “To ensure that additional unemployment benefits do not result in an individual receiving unemployment compensation that is more than the amount of wages the individual was earning prior to becoming unemployed.” The amendment failed to receive the required 60 votes, meaning the $600 add-on is likely on the way.

How many people may get bigger UI checks than their former or likely future paychecks? A precise answer will depend on which types of workers are laid off and thus is unknowable, as layoffs are just beginning. But, as reviewed below, recent data suggest half or more of the eventual unemployed could be financially better off on benefits than they would be from working. Owing to the flat $600 add-on, that group will disproportionately include people with low to modest wages and/or hours of work performed in their past or future jobs.

On an hourly basis, the average UI benefit nationwide ($372 per week over the past 12 months) is the equivalent of $9.30 per hour averaged over a 40-hour workweek. The $600 add-on is equivalent to another $15 per hour over the same full-time workweek. Added together, that means the average worker would need to locate a full-time job paying at least $24.30 per hour to be financially better off working instead of continuing to collect UI benefits, at least while the $600 add-on remains available. (Under the stimulus 3 bill, the add-on is available through the end of July 2020, but, as we have seen in prior recessions, federal unemployment benefits are often extended for years. A similar $25 add-on program operated for 22 months in 2009 and 2010.)

On a weekly basis, the current average UI benefit nationwide of $372 per week plus the $600 per week add-on will yield an average UI benefit nationwide of $972 per week under this legislation. According to the Department of Labor, the median weekly earnings for 118 million full-time wage and salary workers for the fourth quarter of 2019 was $936, or $36 less than the average coming UI benefit. This suggests that, again depending on the nature of the layoffs ahead, roughly half or more of eventual UI recipients could have a clear financial incentive to remain on UI instead of making an early return to work.

Multiplying the average UI benefit ahead of $972 per week by 52 weeks yields the equivalent of an annual salary of $50,544 per year. If his or her next job promises to pay less than that, the average UI recipient would be financially better off delaying their return to work until the add-on expires.