To Stop China, Taiwan Must Overcome Its Submarine Deficit 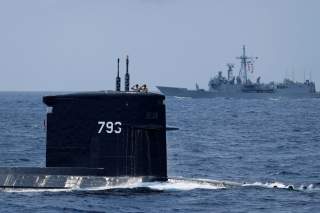 Key point: Taipei appears to be coming around to the wisdom of asymmetric submarine warfare

Mark Episkopos is a frequent contributor to The National Interest and serves as research assistant at the Center for the National Interest. Mark is also a PhD student in History at American University. (This first appeared earlier in June 2019).