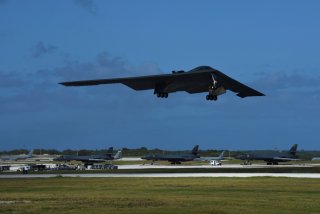 After the latest bombings of Iran’s advanced centrifuges and other facilities, there’s increased interest in how Trump or Biden would stop Iran from getting the bomb after November 3. Hardly any attention is being paid to who will control politics in Iran. That’s a mistake: soon enough, Iran’s two most important leaders, President Hassan Rouhani and Supreme Leader Ali Khamenei, will no longer be in power. Their successors may become more hardline and thus hungry for the bomb, or they may be relatively moderate and willing to deal. What’s needed now is a clear position that will work regardless of what changes in Iran. That position is one neither Donald Trump nor Joe Biden have yet taken: getting Iran to forswear enriching uranium and reprocessing spent fuel in exchange for Washington providing sanctions relief and a less offensive military posture toward Iran.

The first pin will drop next May, when Iran holds presidential elections and President Rouhani leaves office. Conventional wisdom says authoritarian regimes like Iran are monolithic, and the Iran nuclear deal was just a cover, but recent Iranian history suggests leadership changes matter. Hardline President Mahmoud Ahmadinejad pushed Iran toward the bomb until he left office in 2013. His successor, Rouhani, struck a deal to freeze the program just a few years later.

Iranian presidential candidates have not yet been announced, but there is some reason to believe a hardliner will perform well. Earlier this year, hardliners dominated parliamentary elections, then nearly impeached Rouhani for failing to improve the economy. Rather surprisingly, Ayatollah Khamenei jumped in to protect Rouhani from humiliating impeachment. It’s unknown whether Khamenei intervened because he was seeking the good will of moderates before backing a hardline presidential candidate or if it foreshadows future support for a moderate candidate.

The second pin will drop when Khamenei passes from the scene. Khamenei, who is eighty-one years old, has already survived prostate cancer. During his tenure, he has sought to balance moderates, religious hardliners (mullahs), and the militant Iranian Revolutionary Guard Corp (IRGC). Even if the Ayatollah survives through his eighties, he may soon become less capable of maintaining this delicate balance. If the IRGC gains ground, expect Iran to lunge for the bomb and reject overtures to make a deal.

Another possibility is that domestic unrest distracts the mullahs from speeding up the bomb program. Last fall and winter, hundreds of thousands of Iranians marched against economic and political conditions. Some openly called for regime change. Unnamed Iranian government officials say Khamenei personally ordered a violent crackdown that resulted in 1,500 protestors killed. Upheaval in Iran hasn’t been this serious since the 1979 revolution. The regime will wait to see who wins the U.S. elections in November, and perhaps will wait until after their own election next year. But if the economy continues to decline, they won’t want to give the West an excuse to further ratchet up economic sanctions. Under these circumstances they may come back to the table.

Most will take these changes in Iran as tactical cues for how Washington should negotiate, but that’s a misread. Whether Iran comes back to the table or not, the United States should start insisting now they give up on domestic uranium enrichment and spent fuel reprocessing, which are essential to make fuel for nuclear bombs. Washington has rightfully told its Arab allies (the UAE, Saudi Arabia, and Jordan) that they cannot enrich. Countries that cannot enrich can still import enriched uranium for civilian reactors from nuclear suppliers, which include the United States, France, the UK, Russia, Germany, China, and Holland. Extending privileges to Iran to make their own nuclear fuel, and that U.S. allies can’t enjoy, betrays American values and interests.

More important, it makes sense to insist on these restrictions even if the hardliners do gain more power in Iran. To back off, risks uncorking a “peaceful” regional race for the development of nuclear weapons fuel making options. Think multiple countries in the Middle East right on the threshold of a bomb.

There is still a small chance Tehran will forswear enriching and reprocessing. Three conditions might get them there: First, they become so desperate for economic relief that they need to bargain. Second, the United States makes clear, through how it trains and equips Iran’s neighbors and operates in the region, that it has no plans to attack Iran. Third, the United States and its allies grow a backbone and insist Iran and anyone else forswear enriching and reprocessing. So far, Trump has not bought into this line of thinking, but the tougher nuclear stance is one Biden hasn’t pursued either. Before the election, they should adjust their positions.