The Story of China's Aircraft Carrier Launch Is Flat Out Strange 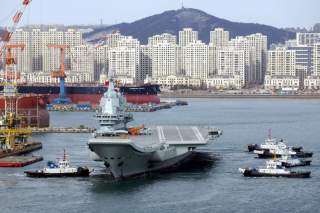 Key Point: Even a communist country occasionally relies on a few rich men.