Strange Looking Gun: What's The Deal With The Revolver-Shotgun Craze? 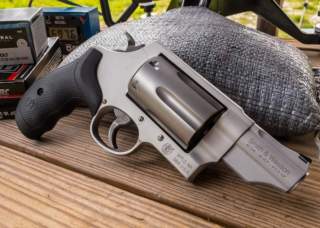 Key point: The proliferation of revolver shotguns shows these unique firearms hold real appeal and are here to stay.

One of the most interesting trends in the world of handguns is that the revolver not only uses handgun ammunition but also shotgun shells. The ability to shoot both high-powered handgun ammo above .40 caliber and small caliber shotgun shells makes these revolvers far more versatile than most. Although seemingly a new phenomenon, the development of handheld shotguns actually goes back to before the U.S. Civil War.