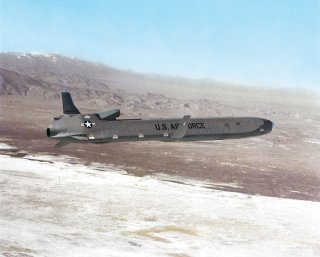 Several programs are already underway to improve and sustain the United States’ nuclear deterrence posture for decades in the future. Adm. Charles Richard, commander of U.S. Strategic Command (STRATCOM) emphasized the need for modernization in testimony to the Senate Armed Services Committee (SASC) earlier this month.

“Today's nuclear force is the minimum required to achieve our national strategy,” he said. “Right now, I am executing my strategic deterrence mission under historic stress crisis levels of deterrence crisis deterrence dynamics that we've only seen a couple of times in our nation's history.

“And I'm doing it with submarines built in the 80s and 90s, an air-launch cruise missile built in the 80s, intercontinental ballistic missiles built in the 70s, a bomber built in the 60s, part of our nuclear command and control that predates the internet, and a nuclear weapons complex that dates back to the Manhattan era. We must modernize the nuclear triad.”

SASC ranking member Sen. James Inhofe (R-Okla.) submitted a question to Richard asking how important it is to modernize the U.S. nuclear systems as quickly as possible. Richard said that the changing threat environment makes it a top priority.

“It is very clear that the absolute minimum that we need to do is to recapitalize the triad, the nuclear command and control, and the nuclear weapons complex,” Richard said.

That includes a host of new weapons and technologies. The first of the U.S. Navy’s new Columbia-class ballistic missile submarines is under construction and expected to enter service in the 2020s. The U.S. Air Force’s B-21 Raider is expected to make its first flight this year as it moves towards operational service. A new land-based intercontinental ballistic missile called the Ground-Based Strategic Deterrent could arrive by 2028. An air-launched cruise missile capable of fielding a nuclear warhead could also be completed in the next several years. The Air Force has also modernized its B61 nuclear bomb to create an updated version.

All of these developments, along with investment in command and control and nuclear weapons facilities, will continue to be priorities for STRATCOM and the Department of Defense in years to come.