Streaming Services Now Account for More TV Viewership Than Ever Before 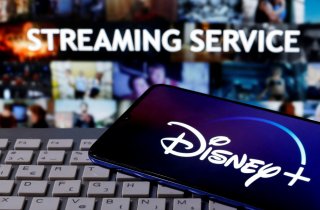 Nielsen has put out the latest version of The Gauge, its new viewership measurement tool, and it found that cable made up thirty percent of overall viewing in the month of October, compared to twenty-eight percent each for streaming and broadcast television. The “other” category made up the remaining six percent; that includes vMVPD services.

“Nielsen’s total TV and streaming snapshot, broadcast gained 2 share points to represent 28% of total TV viewing in October,” the company said. “The uptick is the second consecutive monthly gain for broadcast, with time spent in October equal to time spent with streaming content. To gain share, cable and “other” each gave ground from a share perspective.”

The two things driving the increase, Nielsen said, were sports and traditional drama, as the NFL got in full swing, the NBA and NHL started their seasons, and the new network TV season got underway.

Of the streaming services in October, seven percent of viewing was on Netflix, six percent on YouTube, three percent on Hulu, two percent on Amazon Prime, and one percent on Disney+, although an additional nine percent was listed as “other streaming.” In September, Netflix and YouTube had tied at six percent each, although Netflix gained in viewership thanks to Squid Game and other popular shows.

“Key highlights this month: Broadcast up two share points, really driven by two things… sports, which was up 22 percent vs. September, and general drama, which was up 30 percent compared to September,” Brian Fuhrer, SVP, Product Strategy at Nielsen, said in the release. “Those two categories, by themselves, account for about 35 percent of broadcast usage across the national television rated programs.”

Fuhrer also addressed what the numbers mean for cable and streaming

“Cable [was] down about one share point, about 7/10ths, which causes it to round down. And on the streaming side, a little bit of a mixed bag, some interesting stories as we kind of look streamer by streamer.” He added that a lot more linear content has been streaming.

But not every streaming service was as strong as Netflix, he said.

“A little bit of weakness on Prime Video and Disney+,” Fuhrer said in the release. “Both down, though their shares remain the same, about 2 and a half percent.” He added that YouTube was up slightly while Hulu was down a bit; both, for Nielsen’s purposes, include the Hulu + Live TV and YouTube TV vMVPD streaming services.

The Gauge launched back in June, and was pitched as a way to show more accurate information, especially about streaming ratings, which have long remained opaque.