Stuck at Home Due to Coronavirus? Dish Network Is Offering a Free Two Weeks of Sling TV 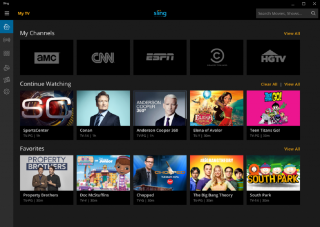 Dish Network's Sling TV has announced a new "Stay in and Sling" initiative, timed to the shelter-in-place orders in effect in many jurisdictions.

The company announced in a blog post that it's offering 14 days free of its Sling Blue service, in an offer that's good through April 5. The offers does not require a credit card or subscription. Sling Blue normally costs $30 a month.

In addition, per Variety, those who accept the offer and stick with Sling afterward will get a $10 discount for the first month.

Sling Blue includes around 45 channels, including all of the major news channels, which the company is pitching as an opportunity for customers to keep up on the news during the coronavirus epidemic. In addition to the channels, the offer includes free cloud DVR and 50,000 on-demand titles.

"With more states and municipalities issuing shelter-in-place orders, everyone needs the latest information to do their part," Warren Schlichting, group president of Sling TV, wrote in the blog post. "We're hoping to motivate Americans to stay home, and stay informed during this critical time."

Schlichting added that consumption on Sling TV of news channels has jumped 121 percent in the last month.

Those interested in the offer can redeem it at sling.com.

Sling TV launched in January of 2015, and was one of the first subscription services aimed at cord cutters. That year, Sling TV won multiple Best of CES awards at the International CES. Per The Hollywood Reporter, Sling TV had 2.59 million subscribers as of the end of 2019, though its subscriber base has been declining due to competition from the likes of YouTube TV and Hulu With Live TV.

In February, per The Verge, the chairman of Sling TV parent company Dish said that a merger of the company with AT&T-owned DirectTV is "inevitable." The two satellite TV services have explored merging multiple times in the past, including in 2001 and 2014.