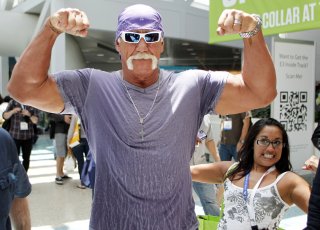 Also, like Disney+ and HBO Now, WWE Network offers on-demand streaming of the sort of content that used to require thousands of dollars in DVD or Blu-ray purchases for a low monthly price, of just $10.99 a month.

With the coronavirus pandemic disrupting WWE much as it has more mainstream sports and entertainment, the WWE has had to get creative. The upcoming Wrestlemania 36, which was to take place at the NFL stadium in Tampa before a crowd of tens of thousands, will instead be held on April 4 and 5 at the WWE Performance Center in Orlando, with no crowd present, which is the sort of thing that’s likely to lead to a major financial bath for the company.

And now, to give its fans something to watch during coronavirus lockdowns, WWE has announced that is letting a massive amount of content out from behind its paywall, granting non-subscribers access to thousands of hours of wrestling history.

The unlocked content will include all 35 previous Wrestlemania events, plus every Royal Rumble, SummerSlam and Survivor Series going to back to the 1980s, the entirety of “Stone Cold” Steve Austin’s Broken Skull Sessions interview series, as well as all recent episodes of Monday Night Raw and Friday Night Smackdown, among other programming.

While viewing the unlocked content is free, it does require users to create an account. Wrestlemania 36 itself will only be available to paying WWE Network subscribers, so WWE is clearly hoping that access to that vast amount of free content will encourage new subscriptions. It’s not clear exactly how long the offer lasts.

In addition to the Network offer, WWE announced a deal last week with sports network ESPN for the sports network — itself bereft of programming with all major sports sidelined — to replay classic Wrestlemania events over a series of three Sunday nights leading up to this year's Wrestlemania. Despite both being headquartered in Connecticut, WWE and ESPN had had almost nothing to do with each other until relatively recently.

The first of those, 2014's Wrestlemania 30, aired on Sunday night and drew an impressive 837,000 viewers, Showbuzz Daily reported.

Meanwhile, The Big Show Show, a sitcom starring longtime WWE star Paul "The Big Show" Wight,” will debut next month not on WWE Network but on Netflix. The series is a co-production of Netflix and WWE Studios.

WWE announced the arrival of WWE Network during International CES in January of 2014, formally launching the following month. As of its 2019 year-end report in February, WWE reported "average paid subscribers" on the network of 1.55 million.