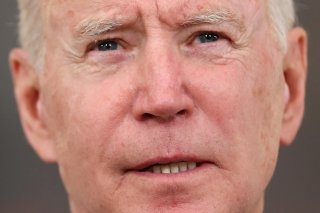 On his fist day in office, President Joe Biden signed an executive order extending a freeze on federal student loan repayments for eight months. The extension followed the initial freeze that was included in the Trump administration’s CARES Act passed in March 2020, which froze payments for a period of six months. Prior to Biden’s executive order, the freeze was extended again by Trump through December 2020. Biden’s extension delayed the start of repayments until at least October 2021.

Recently, comments by Biden’s Secretary of Education Miguel Cardona have raised the possibility of a further extension of the delay in federal student loan repayments. While speaking at a conference for the Education Writers Association, Cardona was asked if the administration planned to extend the freeze on student loan repayments, to which he responded that the administration was “looking at it.” Cardona went on to say that the administration’s decision would be data driven and would be based on the country’s progress in overall pandemic recovery. Regardless of the decision, Cardona also indicated that a “ramp-up” period would be implemented at whatever point student loan repayments do begin again, in an effort to make sure that the process was “as smooth as possible,” for borrowers.

In addition to the pause on federal student loan repayments, the Biden administration has also canceled loans for 72,000 defrauded borrowers and 41,000 borrowers with disabilities, while also extending the freeze to include those with privately held loans.

According to the Department of Education, the collective actions taken on student loan repayments have saved student loan borrowers nearly $5 billion per month by not having to make interest payments. A separate report, however, found that the average amount saved by individual borrowers was only just over $2,000.

What About Cancelling Student Debt?

There is no direct connection between a potential extension of the freeze on federal student loan repayments and the possibility of student debt cancelation. According to White House Chief of Staff Ron Klain, President Biden has tasked Secretary Cardona with drafting a memo regarding the president’s “legal authority” to forgive student loans and to cancel up to $50,000. Biden will then make a decision about how to proceed on the issue based on the contents of the memo.

Progressive voices in Congress have increasingly called for such a move. During her presidential campaign, Senator Elizabeth Warren unveiled a massive student loan forgiveness plan, and she and other Democratic legislators have been increasingly vocal about the need for a $50,000 student loan forgiveness measure. It is still unclear if the president has the legal authority to enact such a measure.