Study This Picture: It Might Be the Future of U.S. Navy Submarines 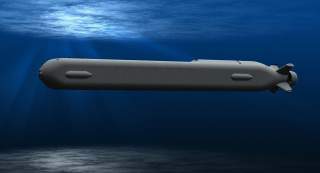