Study This Plane: It Could Fight a Nuclear War and Kill Billions 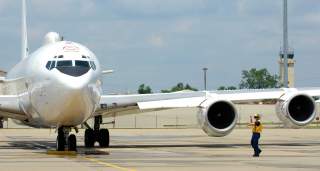 Key Point: Retrofitted with more fuel-efficient CFM-56 turbojets and benefiting from expanded fuel tanks, the E-6A could remain in the air up to fifteen hours, or seventy-two with inflight refueling.

This first appeared in December 2017. It is being republished due to reader interest.