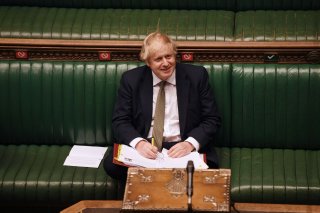 Since the UK government introduced late afternoon press conferences in March, these have tended to dominate the news cycle. But our research with news audiences suggests that many people want the wider human impact of the disease brought into sharper focus.

They also want a greater emphasis on what experts are saying, including those advising the government – beyond their appearances at the daily press briefings.

As part of a continuing study of just under 200 members of the public from April 16 and May 3, we found most people were exposed to government messaging about the lockdown. But when we asked who they wanted to hear more from and what issues they wanted addressed, our participants called for more scientific experts, free from political interference.

They also said there had been too much of a focus on the prime minister’s health and not enough analysis of the impact the pandemic is having on ordinary people.

When explaining what informed their judgement, participants primarily referenced media coverage that mostly included government messaging. One participant said: “I think just the general coverage in the media has made me want to stay inside more”, while another was more precise: “Specific sources which have influenced me are the BBC’s coverage of Boris Johnson saying we are not removing the lockdown”.

Some respondents mentioned alarming stories that explained their reluctance to mix more in public: “There have also been articles in the BBC and Sky, suggesting that once lockdown measures are lifted, COVID-19 cases will rise again. So surely the best thing to do is not rush to public spaces.”

Clearly, the government’s messaging has cut through, but the challenge will be to communicate when and how it will be safe for people to mix again in public.

What do the public want addressed?

Since the prime minister was diagnosed with COVID-19, there has been criticism about the amount of attention the media has focused on his health status. Between April 20 and 23, a week after Johnson left hospital, we asked participants whether there had been too much coverage of his recovery – or not enough.

While respondents recognised the importance of reporting the status of the prime minister’s health, they also raised concerns about the disproportionate focus on Johnson compared to the thousands of other people who were suffering with the disease.

One respondent commented: “I think that there has been too much coverage of the prime minister’s health. Every day it is the main story on the news … The pandemic affects everybody and news should be reported as such.”

With specific reference to television news, participants were then asked whether coverage answered their questions and reflected their concerns. There were a wide range of responses, but many people wanted less speculation, particularly about the possible easing of the lockdown, and more facts about the human impact of the pandemic. As one respondent put it: “I would like to see an overall picture of the pandemic. For example, it helps me to know how many people are surviving this virus due to hospital care and isolating at home … I would like the news to cover some form of statistics which also cover recovery rates.”

Towards a public agenda?

We also asked respondents about who they want to hear from more. The majority called for more expert views from health and science. One participant stated: “I would definitely like to hear more from scientists, professionals in the field, doctors and WHO [the World Health Organization]. Because I trust them the most and believe they have the real insight and knowledge into what is going on and how to tackle it.”

Many participants also wanted to hear more from the experts informing government decision-making beyond the daily press briefings. As one respondent explained: “More information from chief scientific advisers, greater insight into SAGE and what their reporting is.” There were also calls for critical workers at the front line of the pandemic, including, NHS staff, supermarket workers and bus drivers, to inform media coverage to a greater extent.

Overall, while most participants acknowledged the need for politics to inform day-to-day coverage, they felt it should be counterbalanced to a greater extent by independent analysis of government decision-making from health experts and scientists, along with more reporting about the wider human impact of the disease.

With the arrival of the prime minister’s new baby still attracting media attention, our research suggests most people do not want personality-driven coverage. What they want is reporting that is in tune with the needs and concerns of ordinary people experiencing the pandemic.