This Submarine Crew Might Have No Clue About Coronavirus 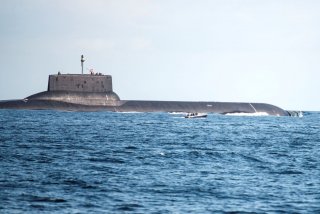 In order to insulate submarine crews from bad news while at sea, sailors likely have no idea about the global COVID-19 health pandemic—nor would they know if family members were sick.

Ships are cramped. Crews live in close quarters. Quarantining is extremely difficult, if not impossible while at sea. In the earlier days of the COVID-19 pandemic, cruise ships were prominent vectors of transmission.

The cruise ship Westerdam was a shocking example of how a lack of protective measures could not only put cruise ship passengers at risk, but also spread transmission world-wide. After being turned away from five different ports, the Westerdam was granted permission to disembark.

The situation turned into a health disaster when passengers and crew were warmly greeted by Cambodia’s Prime Minister Hun Sen and other Cambodian officials without being tested.

Passengers were even given extensive tours of Cambodia before going home, which very likely helped the global reach of the virus. Other cruise ships in Japan and California were checked by the Centers for Disease Control, which determined that “COVID-19 on cruise ships poses a risk for rapid spread of disease, causing outbreaks in a vulnerable population, and aggressive efforts are required to contain spread.”

The Barents Observer, an Arctic affairs publication, reported that the entire crew of the Orel, a Russian Oscar-II class nuclear submarine had been placed in quarantine and presumably disembarked. A member of the Orel’s crew had met with a civilian who had contact with a COVID-19 positive individual. Oscar-II’s typically have a complement of around 110 sailors.

Coming right on the heels of the Orel, a Dutch submarine, the HNLMS Dolfijn, also cut exercises short and eight of her fifty-eight sailors tested positive for COVID-19. The Walrus-class submarine was training off the coast of Scotland but returned to the Netherlands two weeks early.

“We are not at war. Sailors do not need to die.”

U.S Navy relieved Capitan Brett Crozier, the commanding officer of the USS Theodore Roosevelt after a memo he wrote asking the U.S. Navy to allow him to offload and isolate sailors who had tested positive for COVID-19 was published in the San Francisco Chronicle.

In his four-page memorandum, Crozier said, “we are not at war. Sailors do not need to die. If we do not act now, we are failing to properly take care of our most trusted asset—our Sailors.”

Remarkably, sailors aboard submarines who left port before the Coronavirus outbreak was declared a global pandemic, may have no concept of the extent of the economic damage.

Sailors on nuclear-armed submarines are shielded from bad news in order to keep them focused on their mission, and to prevent morale from dipping due to events beyond their control. Crew members that are at sea and underwater are cut off from radio, television, and the internet.

In an interview with the Los Angeles Times, a French doctor with experience on submarines gave an account of the information blackout that typifies submarine life.

“All events that could affect or change the morale of the crew members are kept from them [the crew members],” he said. “Since there is no internet, no radio and no television on board, the only news you get comes from messages received by the commander, and the commander filters the messages to not give all of the information to everyone.”

The same holds true for sailors in the U.S. Navy. In all likelihood they don’t know if their family is under lockdown—or in quarantine.