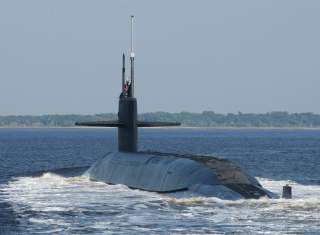 Key point: Drones are useful but not have good range usually. So why not have a submarine carrier that has its own drones?Imagine a future in which nuclear attack submarines (SSNs) can deploy undersea drones (UUVs) to hunt, and possibly kill, enemy subs. The U.S. Navy, at least, is taking steps to make this a reality. What impact could this have? On the one hand, UUVs could shake modern antisubmarine warfare (ASW) to its core, making existing platforms vulnerable or obsolete. On the other hand, the development of UUVs could reinforce existing hierarchies; in contrast to popular understanding, established organizations are often the best at adapting to disruptive military innovations. The future of the U.S. Navy depends to great extent of which of these becomes a reality.

Robert Farley, a frequent contributor to TNI, is author of The Battleship Book. He serves as a Senior Lecturer at the Patterson School of Diplomacy and International Commerce at the University of Kentucky. His work includes military doctrine, national security, and maritime affairs. He blogs at Lawyers, Guns and Money and Information Dissemination and The Diplomat. This article first appeared in 2018 and is being reposted due to reader interest.