Suing China For the Coronavirus? Sounds Good, But Here's Why It Would Be A Bad Idea 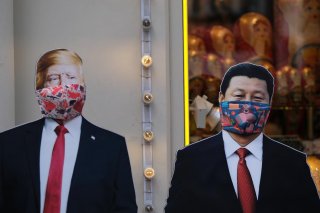 “Missouri Attorney General Eric Schmitt, a Republican, blames China for letting the coronavirus spread,” reports NPR. “So he’s suing China, three government ministries, two local governments, two laboratories and the Chinese Communist Party in U.S. District Court.” A suit of this sort by a state against a foreign sovereign would ordinarily be stopped in its tracks by the Foreign Sovereign Immunities Act of 1976, but never fear: “Last week, Missouri Sen. Josh Hawley introduced legislation to strip China of its sovereign immunity.”

As my colleague Ted Galen Carpenter observed on Monday, there are many and substantial reasons to blame Beijing for bad conduct during this pandemic, and American public opinion has taken note of that. Still, sovereign immunity aside, under the constitutional design laid down by the Framers states aren’t supposed to pursue their own foreign policies. As the Supreme Court put it in Hines v. Davidowitz (1941), “Our system of government … requires that federal power in the field affecting foreign relations be left entirely free from local interference.” In Crosby v. National Foreign Trade Council (2000) the Court unanimously struck down a Massachusetts law barring state entities from buying goods or services from companies doing business with Burma (Myanmar) on the grounds that it interfered with the power of Congress and the Executive Branch to make the most of the sanctions power by exerting unified control over it.

It’s not clear that the different circumstances here would trip the Crosby wire. Still, Missouri is treading a path here not unlike that of the San Francisco Board of Supervisors, long deservedly criticized for sticking its nose into foreign policy causes whether good or bad. It is noteworthy that Justice Ruth Bader Ginsburg, who takes a somewhat broader view of states’ permissible involvement in this field than do her majority colleagues, has written nonetheless that the case for pre‐​emption is strongest “when a state action ‘reflects a state policy critical of foreign governments and involve[s] sitting in judgment on them.’” Explicitly hostile measures toward a foreign power are especially likely to undermine U.S. foreign policy by raising the chance of a breach in relations or retaliation at a timing not chosen by Washington.

David R. Schmahmann and James S. Finch have more in this 1998 Cato briefing paper, and the H.L. Mencken quote in the title above is documented here. (cross‐​posted from Overlawyered).

This article by Walter Olson first appeared in CATO on April 4, 2020.