Sunk: How Sweden Sent America's USS Ronald Reagan to the Bottom of the Sea 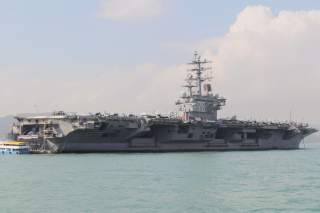 Key Point: NATO war games are important to train those on carriers to defend against submarines. The lessons are especially driven home if the carrier doesn't make it.

Sébastien Roblin writes on the technical, historical and political aspects of international security and conflict for publications including the The National Interest, NBC News, Forbes.com and War is Boring. He holds a Master’s degree from Georgetown University and served with the Peace Corps in China. You can follow his articles on Twitter. This piece was originally featured in November 2016 and is being republished due to reader's interest.