Supersonic Strike: Japan Has Some Big Plans to Sink China's Navy In a War 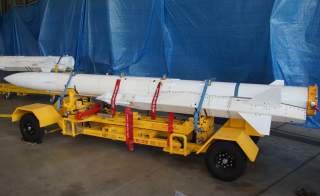