Survey: 40% of Parents Have an Adult Child Living With Them 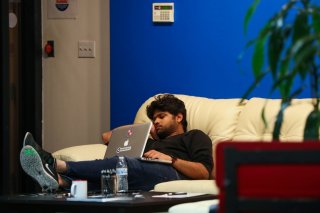 Amid the ongoing pandemic and high rents and home prices due to rising inflationary pressures, a new survey has discovered that many adult children are moving back in with their parents.

Per CNBC, the Thrivent poll, conducted in partnership with data intelligence company Morning Consult, found that about 40 percent of parents reported that they currently have an adult child living with them. In addition, one-quarter of parents said that an adult child temporarily lived with them and has since moved out.

Thrivent pointed out that during the peak of the pandemic, an analysis by Pew Research Center showed that 52 percent of young adults—also known as “boomerang kids”—moved in with their parents.

“Economic conditions, coupled with the current graduation season, are contributing to the trend of young adults boomeranging back to their parents’ homes. In fact, when asked why their child moved back in with them, the parents surveyed said it is due to increasing rent/home prices (33%), needing additional financial support following graduation from college or high school (26%) and job loss (17%),” Thrivent writes.

“Of the adult children surveyed who reported moving back in with their parents, 33% say the reason is because they are not financially independent and cannot live on their own yet and 28% are trying to save money for a home purchase,” it continues.

Boone Jackson, a Thrivent financial consultant located in St. Louis, Missouri, acknowledges that a thoughtful approach is necessary when parents decide to support their adult children.

“You've already invested heavily in their development, but they may need a little more help to stand on their own for the long term—and that's fine,” he said in a release.

“It's important to have a mutually agreed-up plan. Instead of enabling them with a free ride, you can instead be an advocate and a mentor by teaching them how to foster their own financial growth. For example, you can help with research on getting loans, instead of taking out the loan on their behalf,” he added.

“Parents aren’t talking with their kids about this, which means they’re enabling their kids for potentially bad financial outcomes in the future,” Nikki Sorum, senior vice president of Minneapolis-based Thrivent Advisors, told CNBC.

A separate study conducted by Savings.com has found that half of parents with an adult child provide them with at least some financial support. Furthermore, 62 percent of adult children living at home do not contribute at all to household expenses.