Surviving the Coronavirus: How to Help Ensure the Economy Can Endure 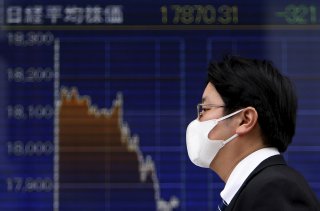 The scale of the crisis facing small- and medium-sized businesses in America is unprecedented. Consumer demand is collapsing to protect the health of all Americans. State and local governments across the US have forced the immediate closure of hundreds of thousands of American businesses. These closures will cost millions of Americans their jobs and livelihoods.

The basis of our plan is straightforward. If every small- and medium-sized business in America was supported by the federal government to retain their workforce through the crisis, much of its economic impact would disappear. The government should provide immediate funding for emergency loans to any small- and medium-sized business in America. These loans would:

The economic crisis stems from a large fall in business revenues due to a contraction in demand and restrictions on supply. This plan fills the gap in those revenues. By requiring businesses to maintain FTEs, they are incentivized to use the loans to pay their workers through the crisis. By capping net income, the plan prevents businesses from being overcompensated due to a fall in their non-labor costs. By preventing the failure of firms and discouraging the detachment of workers from firms, it will reinforce the fabric of the American economy so that we can bounce back as quickly as possible once the pandemic has subsided.

This plan would play an important role in a wide-ranging government response to the crisis. The federal government should be prepared to expand testing and treatment resources dramatically to manage the contagion. Federal support for state and local government is crucial in times of unexpected new spending and significant revenue losses. Direct cash payments and expansions to targeted welfare programs can serve as a backstop for any vulnerable households affected by the crisis but not covered by our plan. The Federal Reserve should stand ready to support the financial system in any way necesary, and its steps to date have been encouraging.

Steven Hamilton is an assistant professor of economics at George Washington University.