Sweden: Armed with Nuclear Weapons? It Could Have Happened. 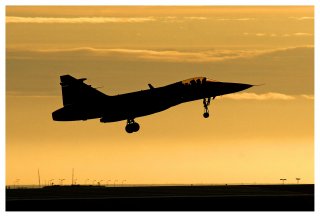 There are currently nine countries that are in the very limited "nuclear weapons club" and these include the United States, Russia, the United Kingdom, France, China, India, Pakistan, Israel and North Korea. Germany is one of the nations capable of developing nuclear weapons while South Africa previously had such weapons but has since disassembled its arsenal. The former soviet republics of Belarus, Kazakhstan and Ukraine also repatriated their respective nuclear weapons to Russia.

One nation that doesn't currently have nuclear weapons – but apparently had a program in place – was neutral Sweden. The Scandinavian nation, which had fought in a series of wars in the 17th and 18th centuries, has not actively taken part in a war since 1814. It remained neutral in both World Wars and took the most non-confrontational stance it could with Nazi Germany. Throughout the Cold War it remained neutral and even after joining the EU has opted for "non-alignment."

Yet, during the height of the Cold War Sweden was one of several small nations that had explored acquiring nuclear weapons. A 1963 assessment, prepared by the U.S. State Department's Bureau of Intelligence reported that the other countries included Argentina, Italy, Switzerland, South Korea and South Africa – the latter eventually produced a small weapons arsenal in 1989.

Why did Sweden desire to have a nuclear arsenal? One factor is that unlike neighboring Norway and Denmark, Sweden also had a close proximity to the Soviet Union, but its policy of neutrality meant it wasn't a member of NATO and thus not protected under the United State's nuclear umbrella. Sweden was on its own for defense.

It also appears that Sweden had considered attempting to join the "club" a bit earlier beginning in 1945.

According to a report from the Department of Economic History at the Stockholm University, Sweden's plan to acquire nuclear weapons actually lasted from 1945 until 1968. The program was only abandoned when Sweden joined the Non-proliferation Treaty (NPT) as a non-weapon state in 1968.

The program's origins actually began just weeks after the United States dropped the atomic bomb on Hiroshima, and in mid-August the Swedish National Defence Research Establishment (FOA) requested an account of what was known about the American weapon. In November of that year the Atomic Committee (Atomkommitten, AC) was founded, and it served as an advisory committee of experts with a mission to work out the plans and prioritize alternative pathways for the development of civilian nuclear energy.

Development continued and by the 1950s the Swedes had reached a point where underground testing could take place. The national parliament, the Riksdag, actively prohibited research and development (R&D) of nuclear weapons and that any research was only to be done in the purpose of defense against a nuclear attack.

In 1962 the Nuclear Device Group, a secret review board, released a study that found that nuclear weapons need not only be used for the purpose of causing massive devastation but could be used on a smaller scale. The report added that the Swedish nuclear weapons remained a viable option.

What likely kept the Swedish military from acquiring a bomb was the fact that a delay in civilian nuclear energy pushed back the expected date from 1966 to 1972.

Following these setbacks and with the signing of the NPT, the program began to wind-down. Another concern was that if Sweden acquired nuclear weapons, then Denmark and Norway might be encouraged to accept nuclear weapons with the NATO framework. This was at time when Sweden's membership in NATO was not considered necessary to Western defense.

By the early 1970s when Sweden ratified the NPT all plans for the development of such weapons were completely abandoned and the nation has remained free of nuclear weapons.