Syria Wanted a Nuclear Bomb, but in 2007 Israel's Air Force Destroyed Their Reactor 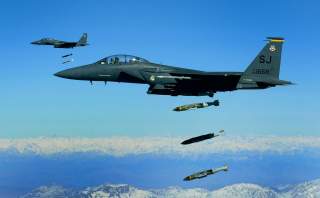 Fact: Clearly, the program itself would not have deterred the West; it could not have produced a viable weapon by 2011. However, knowledge of an existing nuclear program might have reduced Assad’s standing in the West even further, potentially making intervention more attractive.