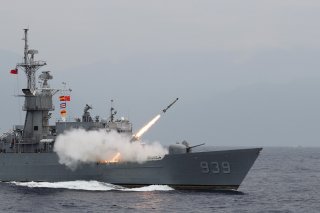 Taiwan Foreign Minister Joseph Wu claimed in a recent online forum that the East Asian nation is a “sea fortress” that is obstructing China’s ambitious expansion into the Pacific.

During the forum organized by the Global Taiwan Institute on Taiwan-U.S. relations and attended by several former senior U.S. officials, Wu went on to add that Taiwan has long played a “significant role” in ensuring freedom of navigation in the Taiwan Strait and South China Sea.

“Both of them are critical to peace and stability in the Indo-Pacific region,” he contended.

“Most importantly, a democratic Taiwan serves as a sea fortress to block China’s expansionism into the wider Pacific,” he continued.

Amid China’s continual claims that Taiwan is Chinese territory, Wu said that Taiwan has been dealing with increased cyberattacks and disinformation campaigns.

“Isn’t this irredentism precisely what gave rise to the Second World War?” he said.

“Taiwan has learned valuable lessons and developed various means to tackle the threat to democracy, and we are more than willing to share this knowledge with fellow democracies,” he added.

Earlier this week, China’s Taiwan Affairs Office once again warned that Taipei’s government should not try to seek formal independence, saying such “wanton provocations and evil acts” would threaten peace in the region.

The United States does not have formal diplomatic ties with Taiwan but is known to be the island’s most important international supporter and arms supplier.

This past spring, President Joe Biden’s administration brushed off fresh warnings from China that demanded that it change its policy toward Taiwan.

China’s Foreign Minister Wang Yi was quoted as saying that Washington needs to make genuine efforts to curtail what he termed the former President Donald Trump administration’s “dangerous practice” of overtly displaying support for the island, adding that Beijing absolutely has “no room for compromise” on the matter.

“These mid-range, anti-ship ballistic missiles are capable of attacking aircraft carriers in the western Pacific,” Adm. Phil Davidson, the commander of the U.S. Indo-Pacific Command, recently told the Senate Armed Services Committee. “Their employment during a large-scale PLA (People’s Liberation Army) exercise demonstrates the PLA’s focus on countering any potential third-party intervention during a regional crisis.”

On Wednesday, Taiwan said it had intercepted a fleet of nine military aircraft that took off from coastal China and flew sorties near the island nation. Taiwanese armed forces at the time were conducting anti-landing drills as part of their largest annual exercise.

China’s Defense Ministry also has protested the passage of a U.S. Navy warship and Coast Guard cutter through the waters between Taiwan and China.