Taiwan Is Looking to Buy Deadly Military Drones from America 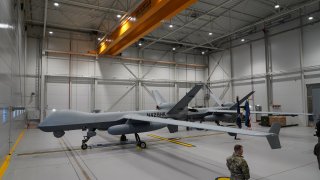 Here's What You Need To Remember: The MQ-9 Reaper isn't often exported, but Taiwan wants it - and the Trump administration is happy to sell it, along with a formidable upgrade package.