Taiwan's Got Talent: Why Taipei Needs to Capitalize On Its Assets 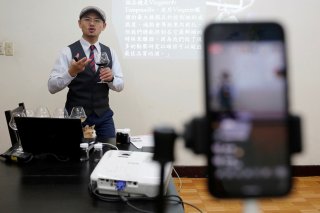 Digitization and new technologies like machine learning are changing the future of work and service delivery. But they will also mean more competition and raise the bar for smaller economies that cannot match the ability of behemoths like the United States, China, and Japan to simply develop and deploy new hardware to scale.

For a smaller economy like Taiwan, then, the best way to win the future as knowledge-based industries grow in scope and importance is to nurture and then harness relevant skills and better know-how within the workforce. Indeed, Taiwan offers a useful example of how smaller economies might leverage skills and workforce development to overcome the inherent challenges of their smaller size.

The good news is that despite a population of just twenty-three million, Taiwan is poised to succeed in this new, more challenging environment. Yet, as a new report from the Carnegie Endowment shows, it cannot do so without more aggressive measures to redress its talent deficit and assure a pipeline of specialized and top-tier talent not just in legacy fields, like electrical and mechanical engineering, but future-oriented ones like computer and data sciences.

Despite a strong foundation, Taiwan faces the risks of a chronic talent shortfall. Just take data sciences: Demand for data scientists and software engineers has risen sharply in recent years, but the number of science and engineering first university degrees in Taiwan fell by nearly 10 percent from 2007 to 2014. An Oxford Economics report ranked Taiwan dead last among 46 economies in the mismatch between supply and demand for talent in 2021.

Unfavorable demographics are the most obvious culprit. With the world’s lowest birthrate, Taiwan’s National Development Council forecasts meaningful declines in population as soon as 2021 or 2022. Aging and population decline will likely mean negative effects on productivity, as well as a natural decline in the available pool of educated workers for the technology industry.

Beyond demographic trends, however, the talent pool also faces strong pressure from Beijing, which has aggressively courted Taiwan’s best technical specialists through recruitment programs. Engineering salaries at Chinese companies are often three to four times higher than those across the Taiwan Strait, making such positions on the mainland alluring, despite obvious differences of political culture.

But ironically, a much bigger risk to Taiwan’s future may be its past success. The pioneering efforts of best-in-class semiconductor manufacturers like TSMC and MediaTek propelled Taiwan’s hardware boom in the 1980s and 1990s, but the continued dominance of legacy firms has inhibited a much-needed shift toward future-facing industries. For talented youth in Taiwan, pursuing employment at top hardware companies is often more stable and lucrative than taking risks in startup firms and future-facing industries. That, in turn, discourages the kind of risk-taking and entrepreneurship that Taiwan will need to compete in a pool of larger economies.

Taiwan’s education system remains overinvested in legacy disciplines and underinvested in emerging fields. Beyond the broad-based decline in STEM graduates, the most acute challenge is the comparatively stagnant numbers of graduates and young professionals in computer science and specialists in math, statistics, and the physical and biological sciences. These skills lie at the heart of emerging fields such as machine learning, artificial intelligence, and cybersecurity, where other small economies like Israel and Estonia have leveraged specialization to overcome the inherent challenges of scale.

Righting Taiwan’s talent ship will require more strategic investments in fields that can contribute to the integration of software with Taiwan’s longstanding comparative advantages in hardware. President Tsai Ing-wen’s administration has highlighted strategic areas of focus in its 5+2 Innovative Industries Plan, but new investments in higher education should concentrate more resources toward this effort.

For one, university curricula and new degree programs usually lag at least 3–5 years behind cutting-edge technology, so Taiwan must move quickly to meet future demand.

But retooling Taiwan’s universities is only the beginning of the story. Among Taiwan-based startups surveyed in 2018 by PWC, just one-third of Taiwan entrepreneurs had educational backgrounds in engineering (13 percent), science (7 percent), or information technology (13 percent). An effective talent pipeline must endow graduates with both operational and business skills.

Taiwan can do so by actively promoting university-industry partnerships. Israel, with its enviable startup-friendly nexus between government, industry, and universities, provides especially useful reference points for one potential model.

Taiwan’s government and industry should jointly aim to establish more university-based startup incubators, perhaps mirroring the areas under the 5+2 program with a cluster of incubators at certain universities—or else one incubator for each of the seven industries—spread among distinct locales. A model of sorts already exists in Taiwan’s semiconductor industry: as public funding declines, industry players have agreed to furnish matching funds for university professors and laboratories. This government-industry match funding model could be extended to next-generation fields.

In addition, the government can move to internationalize the startup ecosystem, offsetting losses due to brain drain while better equipping technology entrepreneurs to compete in international markets.

For instance, the government can support more industry-led mentorship programs. Wistron, an information and communications technology original design manufacturer with some eighty thousand global employees, has promoted a program to bring foreign AI experts to serve as mentors-in-residence in Taiwan. Such AI mentoring programs could be scaled through public-private partnerships, but then replicated in other areas like quantum computing, cybersecurity, and biotechnology.

Ultimately, however, these efforts would be most effective if Taiwan could enhance its status as a truly bilingual economy: improving English language facility will be an essential compliment to bolstering investments in STEM education.

Taiwan is fortunate that its economy has performed well in the face of a trade war started by others—and its skillful handling of the coronavirus pandemic reinforces that it has strong public policy and governance fundamentals in place. But ultimately, it needs the right economy not for right now but for ten-to-twenty years in the future.  Taiwan’s near-term gains should not distract it from making these long-term investments in its future. It is not enough to count on trade diversion as a recipe for long-run economic competitiveness. The central need is for a talent pool that helps Taiwan win the future.